Print entire section
On This Page

Before getting into specifics on how Service Mesh Manager helps with detecting any issues, let us summarize how scaling works in Kubernetes. When it comes to Pods, there are two basic resources (omitting the storage aspect for now) that can be specified and limited: memory and available CPU shares. The CPU and Memory usage of a Pod is the sum of resources required by the containers inside the Pods.

Detecting issues regarding insufficient memory is usually easy: if a container wants to use more memory than allowed, it goes into OOMKilled status, as the operating system cannot give it more memory. To ensure the container is operational, the first thing to do in such cases is to increase the memory available for the container, so that it can start. Any investigation can continue after the system is already operational.

CPU resources are by nature different from memory: the underlying operating system can rely on the kernel’s scheduler to give less CPU cycles for a given container instead of terminating it. The amount of work that the given container wanted to execute, but did not get the CPU shares to do is called CPU throttle. If a container’s CPU throttle value is more than zero, the container is processing requests and data at a slower rate than it would be able to do due to a CPU starvation issue.

A workload scales horizontally when adding more Pods to the workload increases the total performance or the number of bandwidth/requests the given workload can serve. An example for such workloads are stateless API servers, where adding one more Pod to the workload increases the throughput almost linearly, as more “workers” are serving the same incoming traffic. Horizontal scalability is desired in Kubernetes environments as most Kubernetes deployments can dynamically provision new Kubernetes worker nodes, thus allowing for more Pods to be executed on the cluster.

A workload scales vertically when its performance can only be increased by allocating more resources (memory, CPU) to the given workload. This is usually the case with database engines (such as MySQL, PosgreSQL, or even Prometheus). For example, for MySQL it is easier to increase the amount of CPU and Memory available for the database workload, than to start setting up multi-primary replication of the database to allow for some horizontal scalability.

To find the right strategy for scaling a workload, you must first understand if the workload scales horizontally or vertically.

If a Workload is running out of memory, it is instantly visible as the pod is killed instantly. In such cases, before starting to analyze the memory usage patterns, try to significantly (by 50%) increase the requests/limits of the workload. This might help to (at least temporarily) recover the system, minimizing the perceived outage by the end user. It also shows if the current incident is caused by insufficient resource allocation, or it is a systematic issue.

The graph showing the memory usage of the Pods can be also used to determine what is the minimum required amount of memory for the Workload to operate properly: 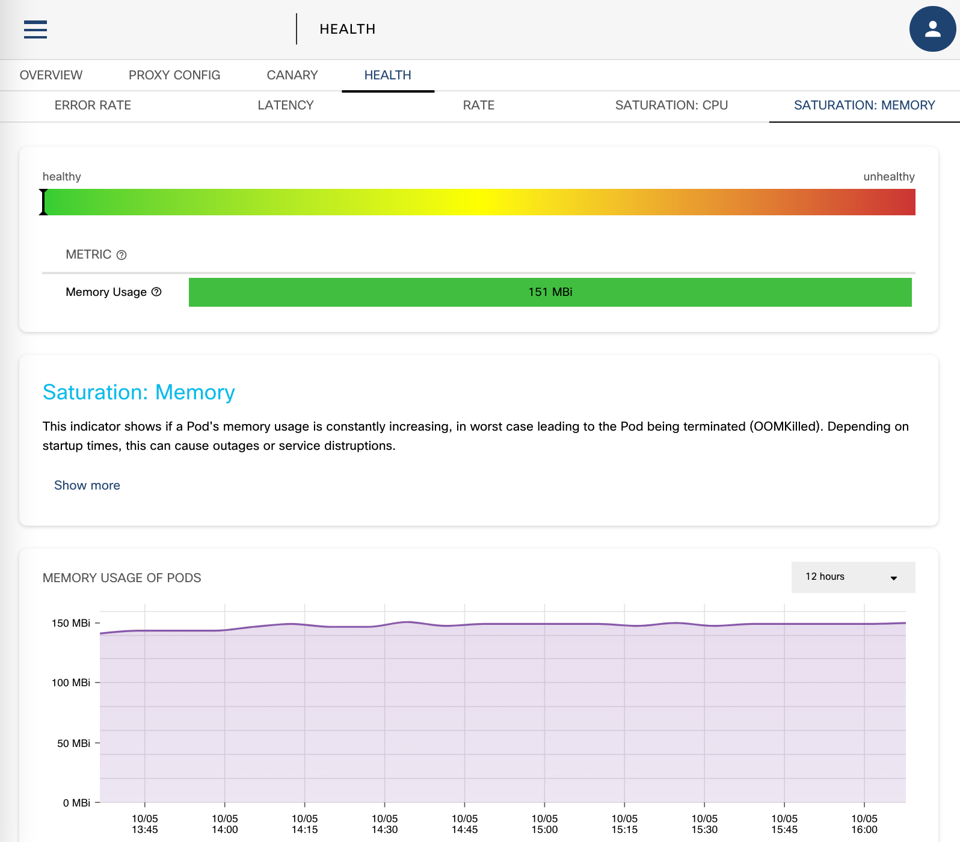 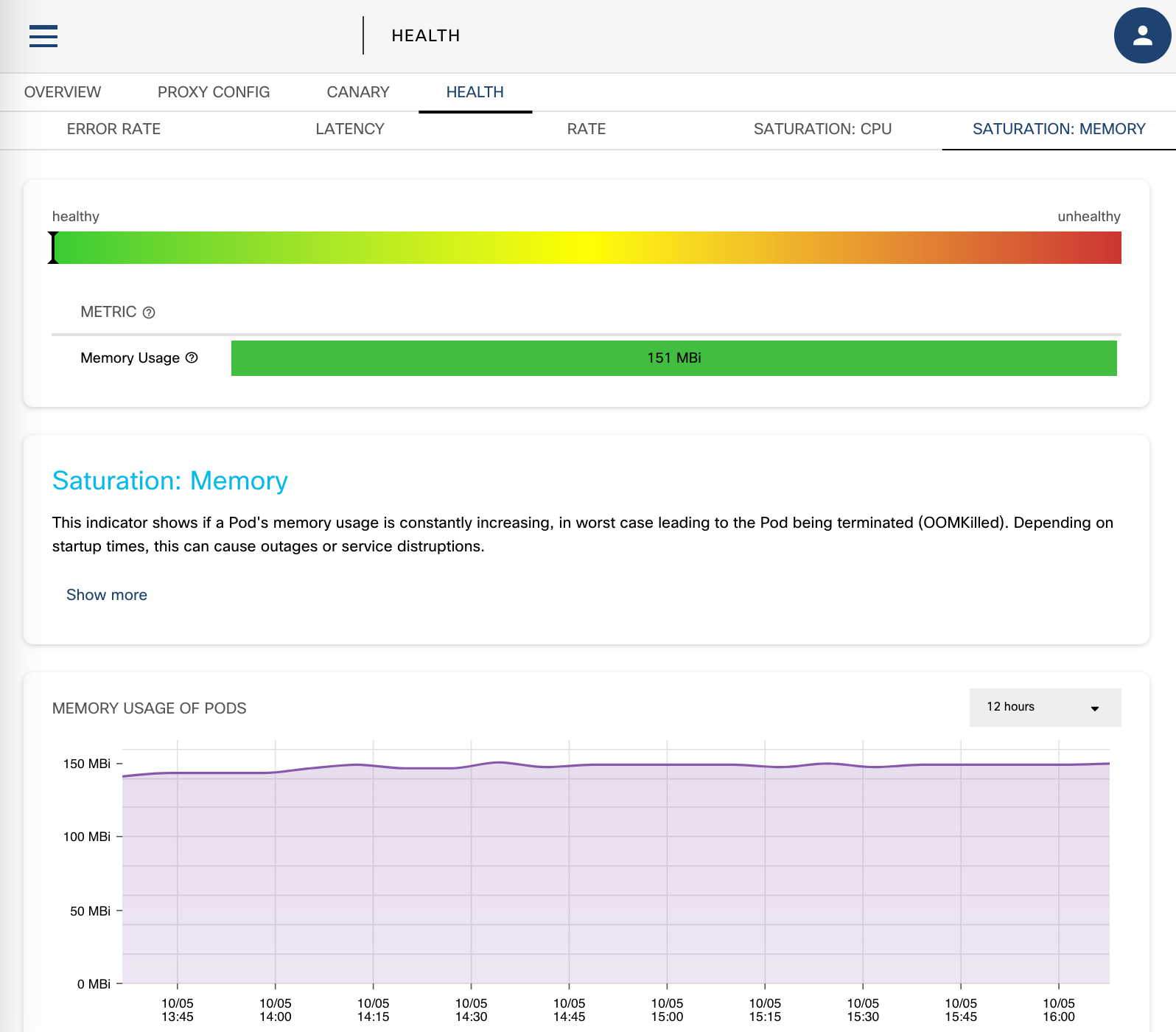 Since this only shows data for the last few hours, if you don’t know the scaling behavior of service, complete the following tests to better understand it:

In case of CPU, the kernel of the node can decide to not give CPU cycles if the given container is over its limit. These starvation issues mean that any operation that the container would want to execute is executed slower, resulting in longer processing times or bigger response times.

To check if this is happening, navigate to the Workload and check the HEALTH > SATURATION: CPU. 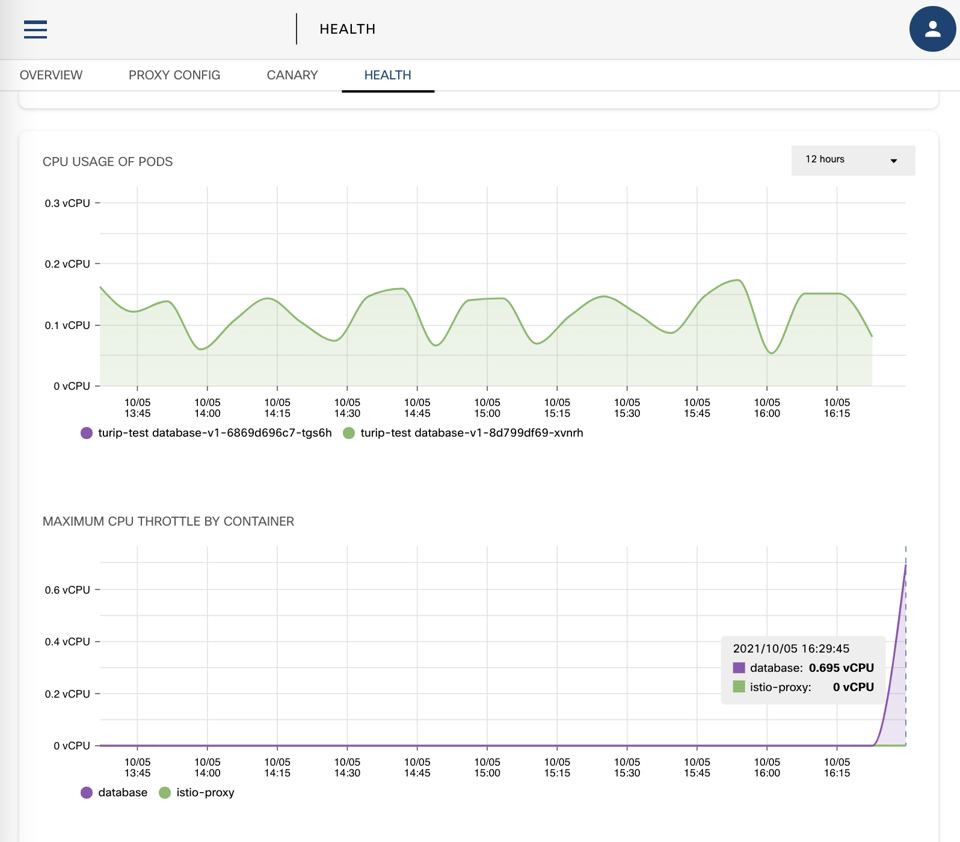 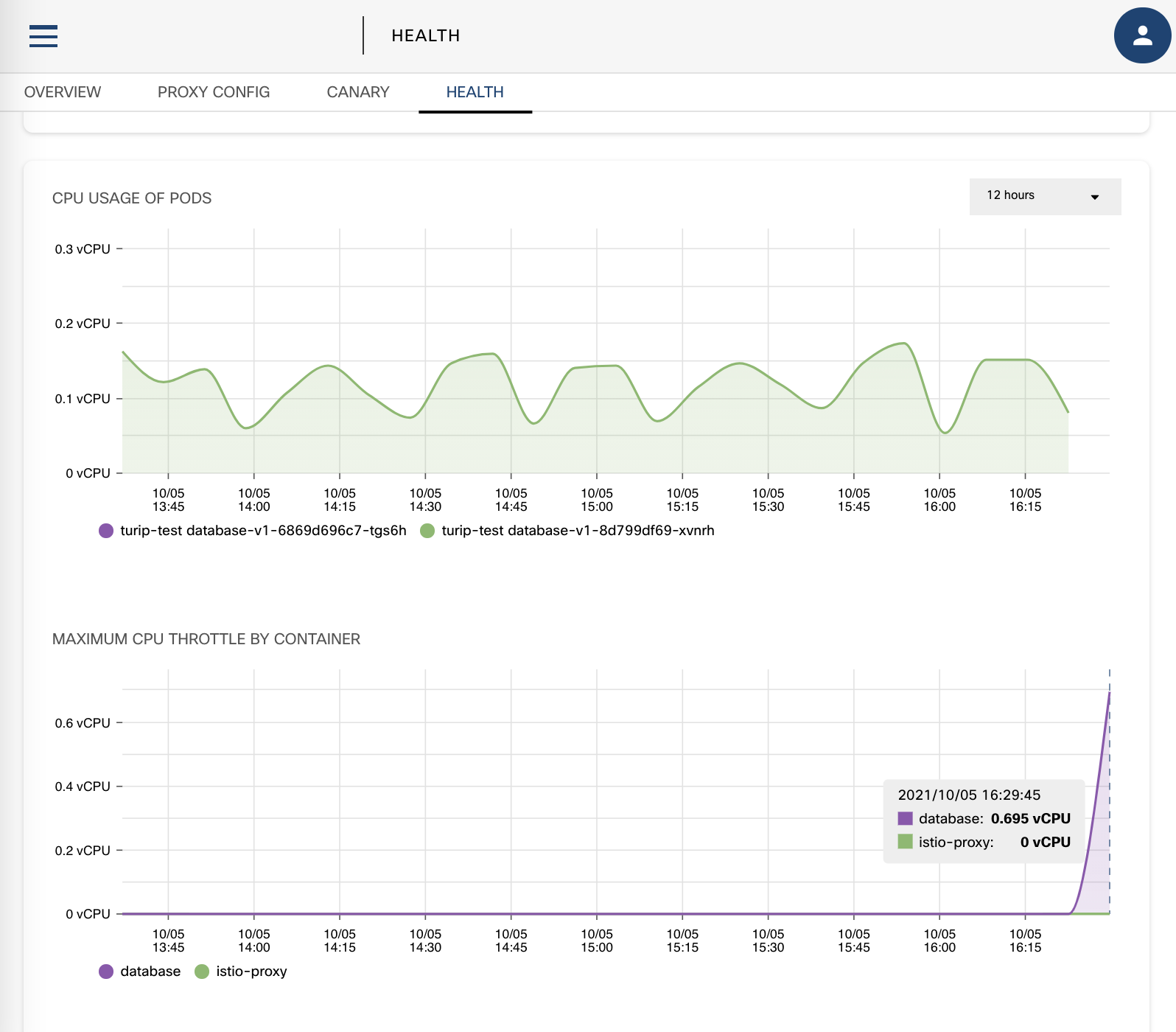 In this example, it is visible that the database container is most likely responding slower than if it could have used the 0.6 vCPU cycles to serve additional requests. In such cases, upscale the container at least with the amount visible in the throttled seconds graph to avoid performance issues.

If a Workload only scales vertically, usually it is recommended to find a safe limit where the Workload is performant enough, and set up alerts in case the given metric (Memory or CPU) gets close to the limit.

Another solution is to use a Vertical Pod Autoscaler (VPA), however, this has some limitations and it does not solve the issue of Kubernetes nodes having a finite set of resources.

The most important limitation is that usually stateful services such as databases are vertically scalable, but in order to change the resource limits the Pods must be restarted. If the database in question cannot handle this failover, then a small outage happens.

It is generally recommended to run multiple instances of horizontally scalable Workloads with small CPU and Memory usage. Kubernetes provides built-in support for automatically adjusting the number of the Pods serving the Workloads based on the CPU or Memory metrics.

To use the Horizontal Pod Autoscaling support in Kubernetes, complete the following steps.

NOTE: If the Workload scales up slowly (for example, because of slow startup times), you can increase the limits to allow some additional headroom until the scaling is complete.