Print entire section
On This Page

Some of the key features of Streaming Data Manager are: 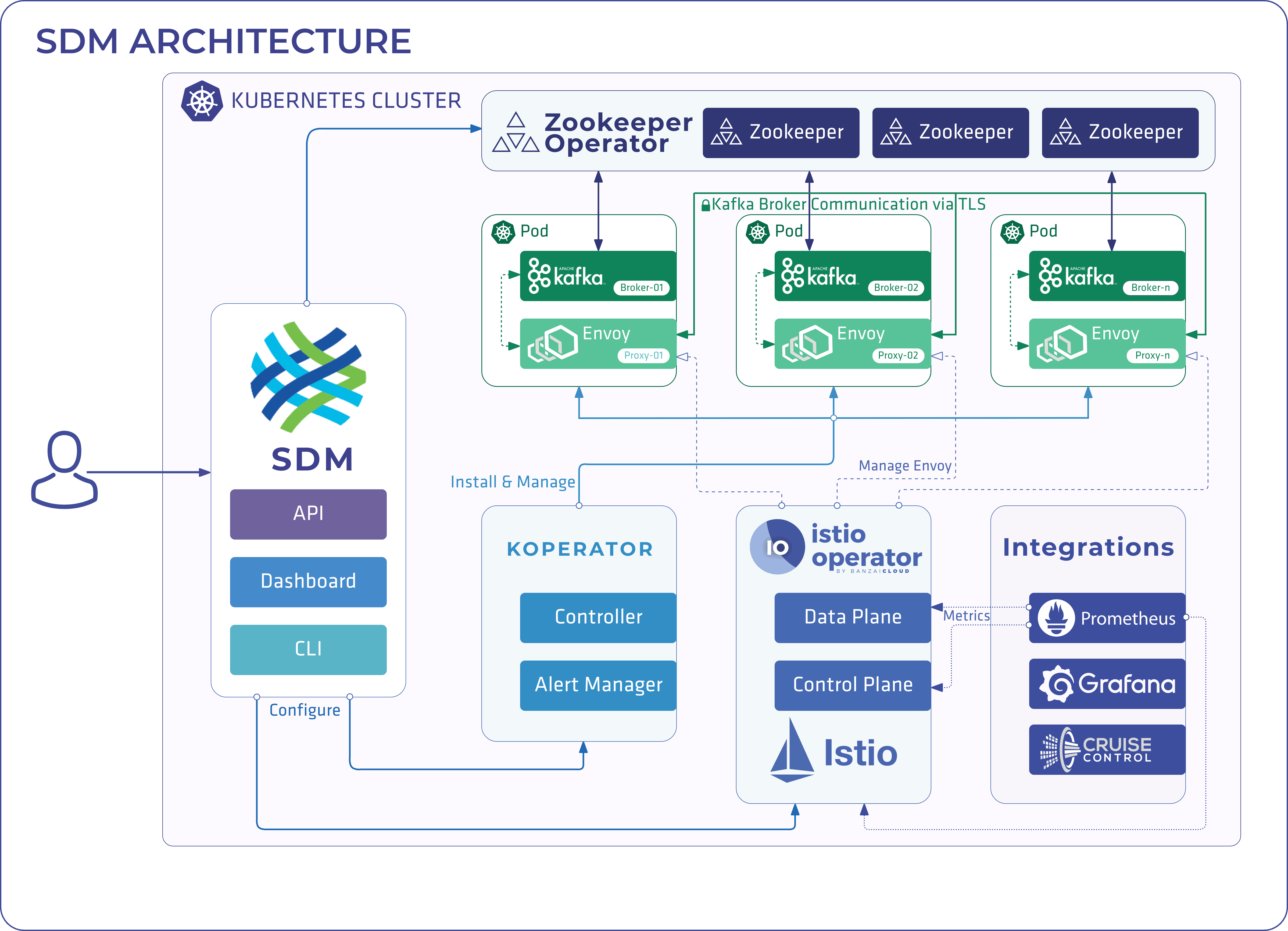 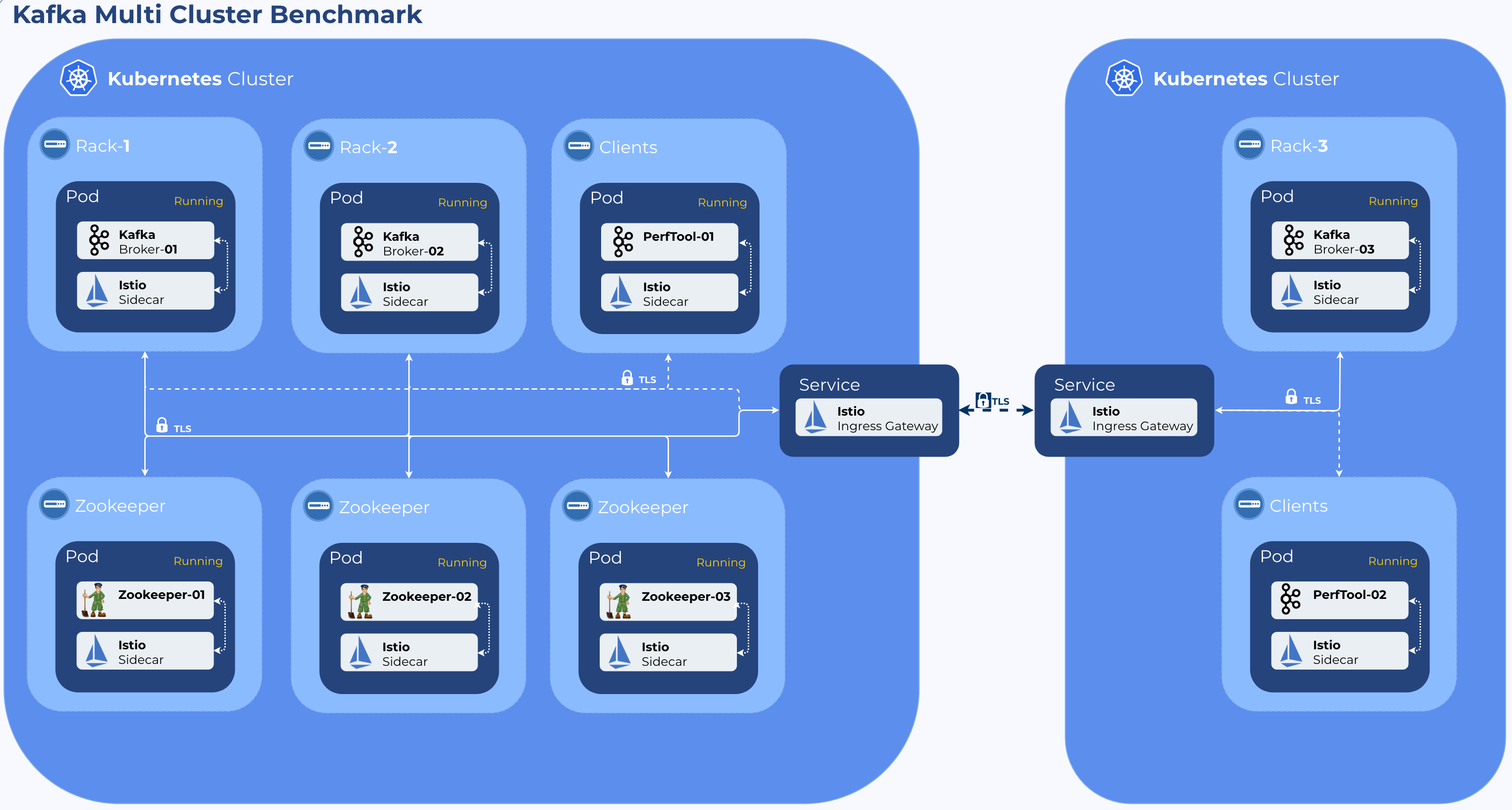 Envoy is a next generation network proxy, built for the cloud native era. It supports a wide variety of application protocols, including the client protocol for Kafka. The benefits of a network proxy understanding higher level protocol implementations are huge. In case of Kafka, the list of benefits include:

Streaming Data Manager externalizes access to Apache Kafka using a single LoadBalancer, so there’s no need for a LoadBalancer for each Broker. 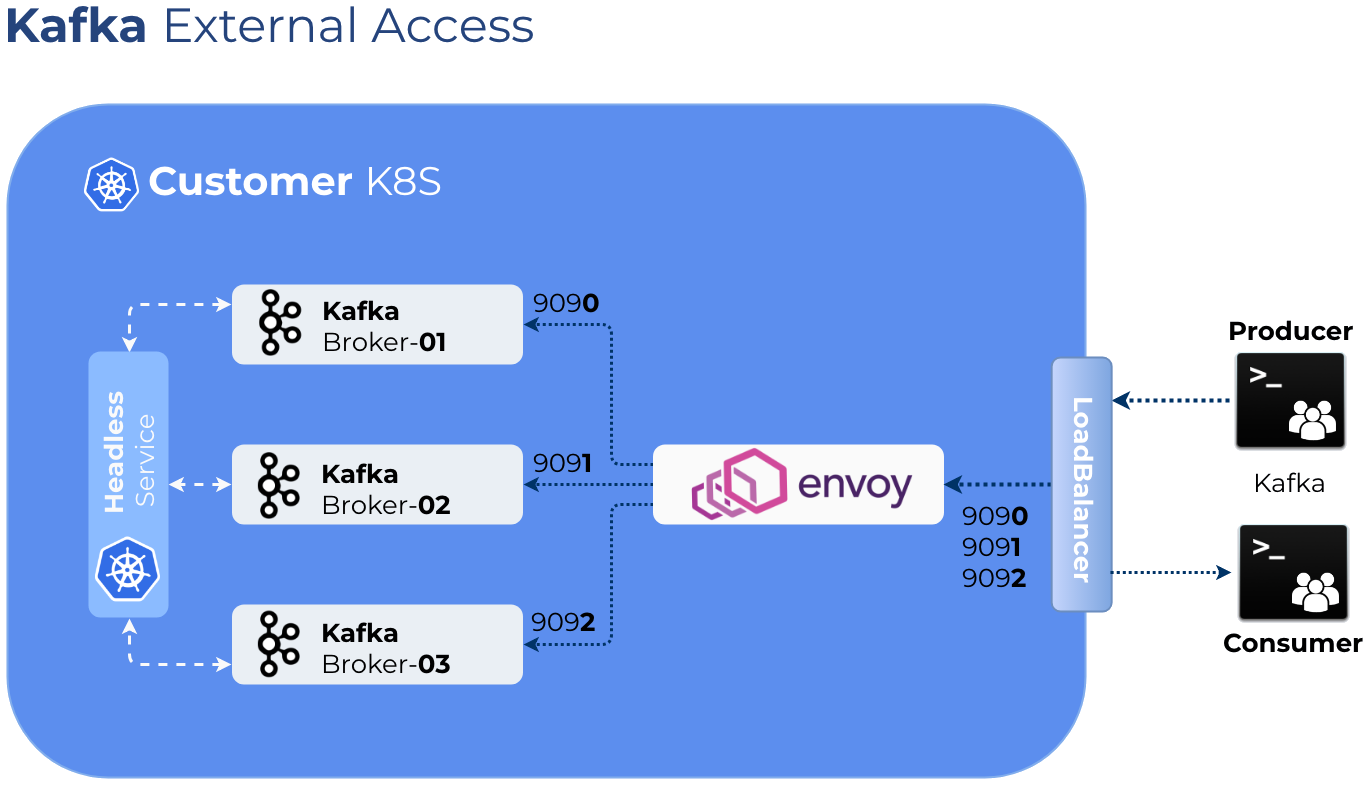 Streaming Data Manager exposes Cruise Control and Kafka JMX metrics to Prometheus, and acts as a Prometheus Alert Manager. It receives alerts defined in Prometheus, and creates actions based on Prometheus alert annotations, so it can handle and react to alerts automatically, without having to involve human operators.

To scale Kafka clusters both up and down gracefully, Streaming Data Manager integrates LinkedIn’s Cruise Control, and is configured to react to events. The three default actions are:

You can also define custom actions.

There are many situations in which the horizontal scaling of a cluster is impossible. When only one Broker is throttling and needs more CPU or requires additional disks (because it handles the most partitions), a StatefulSet-based solution is useless, since it does not distinguish between replicas' specifications. The handling of such a case requires unique Broker configurations. If we need to add a new disk to a unique Broker, with a StatefulSet-based solution, we waste a lot of disk space (and money). Since it can’t add a disk to a specific Broker, the StatefulSet adds one to each replica.

With Streaming Data Manager, adding a new disk to any Broker is as easy as changing a CR configuration. Similarly, any Broker-specific configuration can be done on a Broker by Broker basis.

Streaming Data Manager fully automates managed mutual TLS (mTLS) encryption and authentication. You don’t need to configure your brokers to use SSL, as Streaming Data Manager provides mTLS out-of-the box at the network layer (implemented through a light-weight, managed Istio mesh). All services deployed by Streaming Data Manager (Apache ZooKeeper, , the Apache Kafka cluster, Cruise Control, MirrorMaker2, and so on) interact with each other using mTLS. 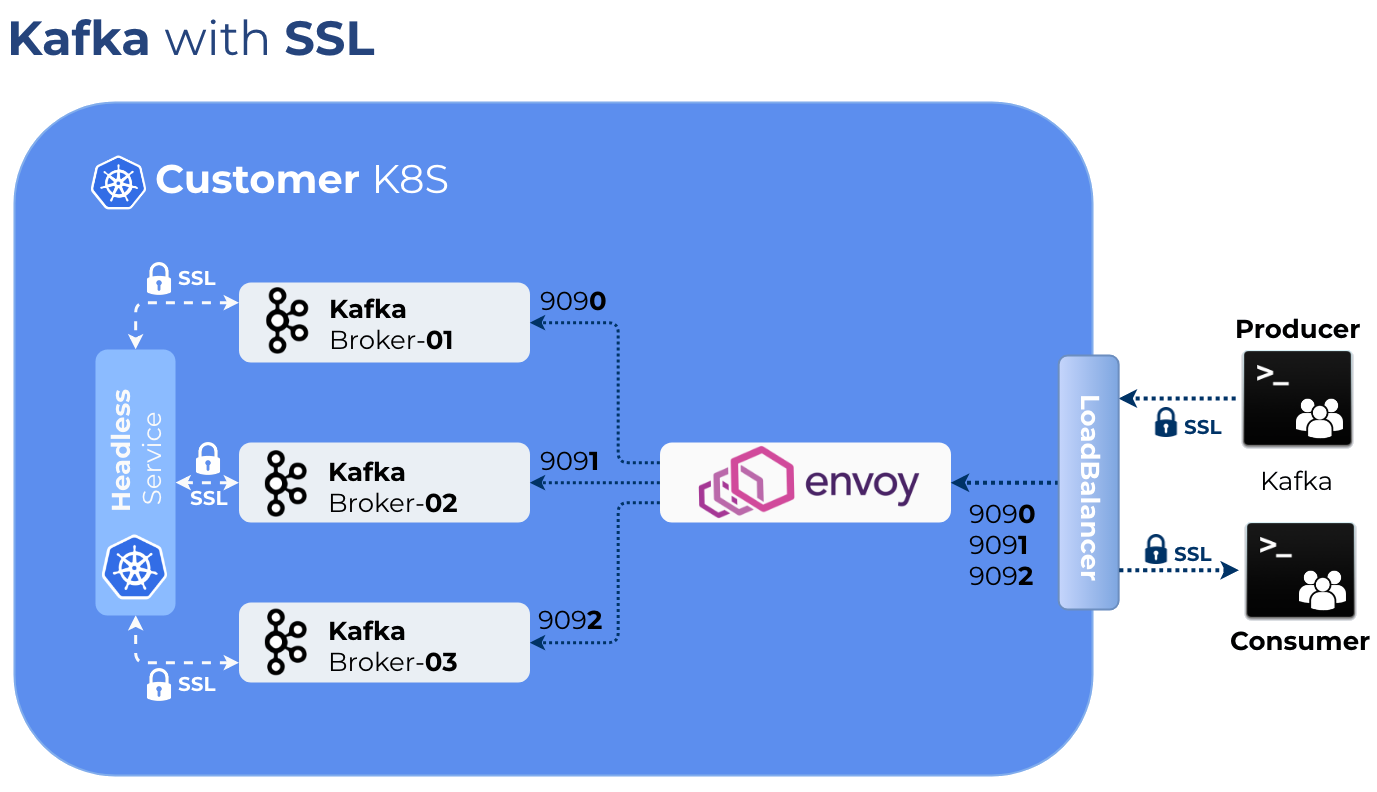 MirrorMaker2 leverages the Connect framework to replicate topics between Kafka clusters, and has the following benefits:

Streaming Data Manager deploys Kafka Connect with Confluent’s Community Connectors included, and supports the use of schemas via Schema Registry. 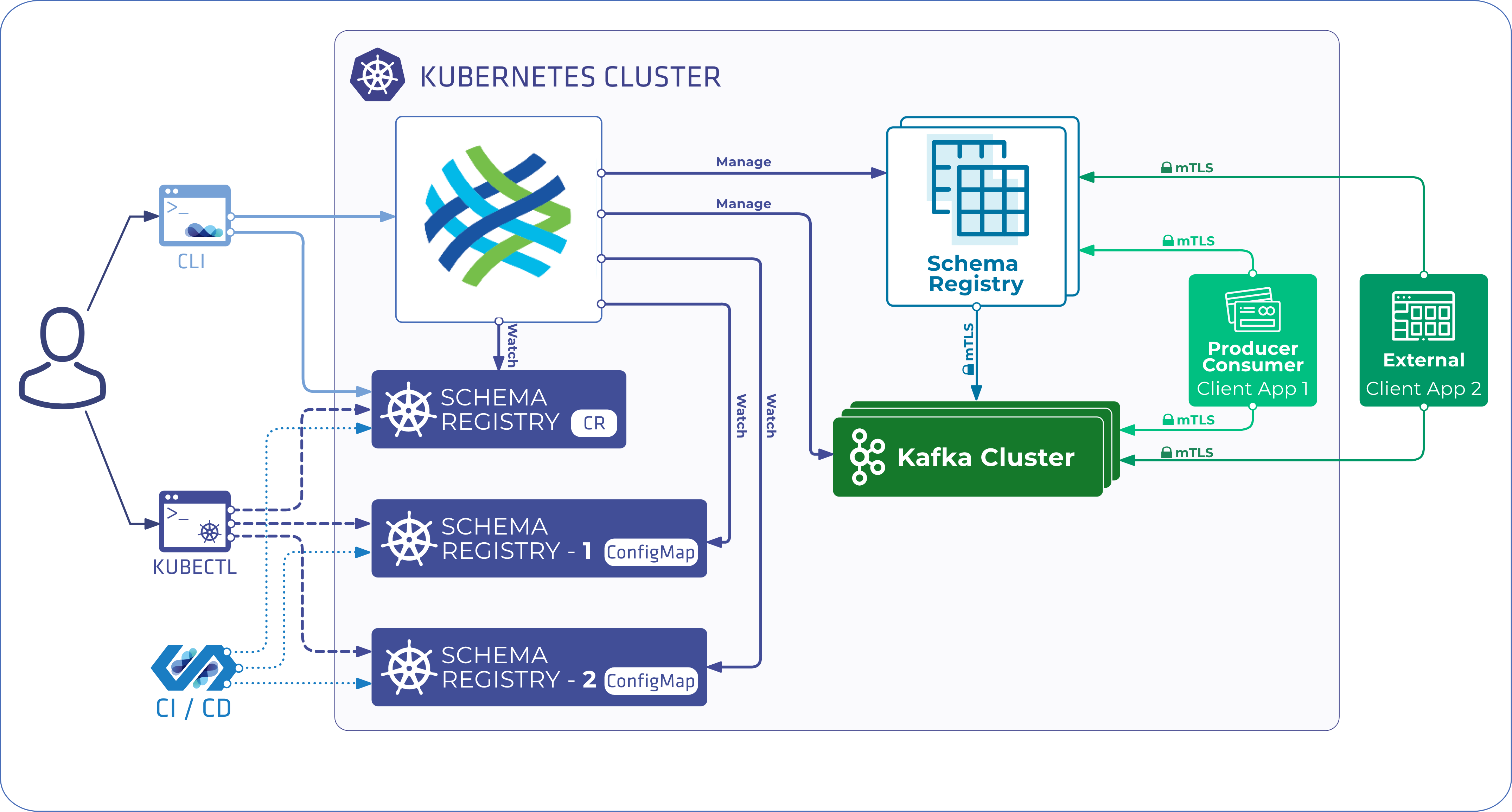 Streaming Data Manager gives you an observability dashboard to help you monitor all the key metrics of your Apache Kafka cluster at a glance and in a single place. It indicates potential issues and what you should keep an eye on, so you can prepare for anomalies and then act accordingly. You can observe the core components of your cluster under the labels of Topics, Brokers and Consumer Groups, and dig deeper into each of these for further information - like number of messages, partition sizes, low and high watermark offsets, in-sync replicas, and so on. 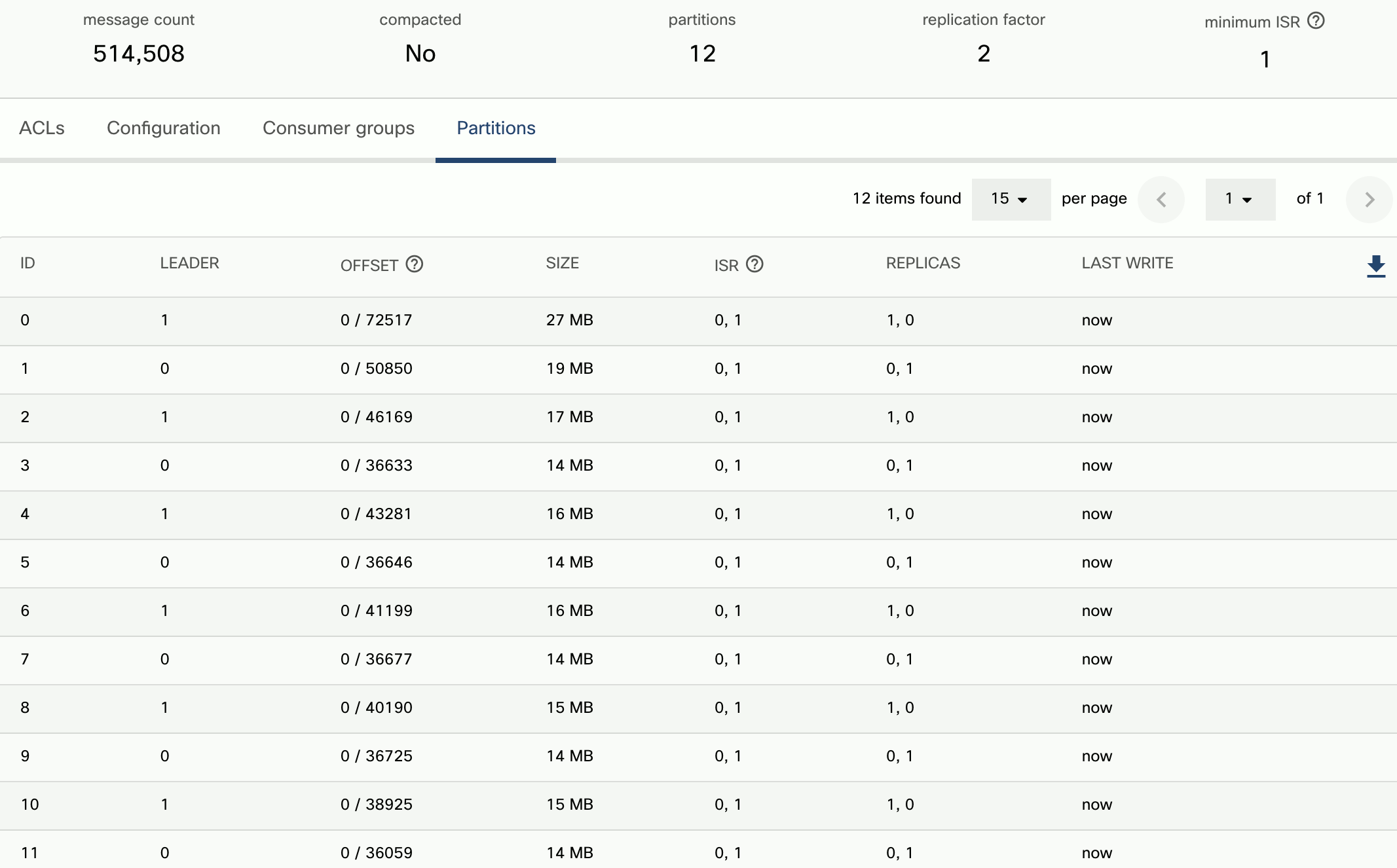 Our solution to run Apache Kafka on Kubernetes comes in the following flavours: